Three months after the Supreme Court’s Riley v. California decision mandating police to secure a search warrant prior to searching an arrestee’s cell phone, and the world is apparently still turning.  Many, present company included, believed this decision would be detrimental to the effectiveness of law enforcement.  Law enforcement officers know the value of Electronically Stored Information (ESI) in cell phones and oftentimes depend on this ESI as the primary evidence, or lead generator, in many of their cases.  Privacy issues aside, limiting access to this primary source of evidence will certainly inhibit efforts by police to protect the public and put bad guys in jail.

There is good reason for officers to value this ESI.  People use cell phones to store more personal information than is recorded by any other means.  It is unlikely that many users even know the extent to which newer cell phones capture personal information.  Anecdotes abound, but suffice it to say that few clients for whom I have performed analyses are not surprised by the richness of the personal data available, even after the user takes steps to delete data.  Our dependence on cell phones as the primary means to store this information has led to the devices being ubiquitous to modern society.  Delivering the opinion for the Court in Riley, Chief Justice Roberts colorfully described the prevalence of cell phones as, “…such a pervasive and insistent part of daily life that the proverbial visitor from Mars might conclude they were an important feature of human anatomy.” (p. 9).  Indeed, one would be hard-pressed to walk down a pedestrian filled city street and not see a majority of people actively using their cell phones.  People store their most intimate personal data regarding even the most mundane aspects of their lives in their cell phones, and that information can become evidence in court.

Prior to the Riley decision, as a matter of practice, law enforcement officers in most jurisdictions lawfully seized and subsequently searched arrestee’s cell phones for evidence of criminal activity without obtaining search warrants.  ESI is highly valued in criminal cases and its discovery is often prioritized over other types of evidence (as an example, see this recent case).  I am personally aware of a number of cases in which cell phone ESI is either the first significant evidence discovered in the case, or the only evidence connecting arrestees to the crime, yet there was no authorization by a court for the search.  That’s not to say these were illegal searches; just that the law and practice of the respective jurisdiction did not require court authorization prior to the search.  That all changes with the Riley decision.   Now, absent exigent circumstances, a search warrant is required before the police can search the cell phone of an arrestee.

Understandably, police are concerned that the extra time it takes to secure a search warrant will jeopardize the investigation or, more importantly, public safety.  Search warrants have become a more time-intensive process for investigators over the years. I recall years ago drafting my first search warrant and bringing it to the local courthouse where I shuffled between judges chambers looking for the first judge who had time and was willing to review/sign the warrant.  I used to call this the courthouse shuffle.  Back then search warrant affidavits were short and thus reviewed in little time.  Of course, some officers had their favorite judges who took the least amount of time reviewing search warrants.  One judge was known for his swiftness in turning to the signature page.   Many avoided him for this reason, but when he was the on-call judge I made many after-hours visits to his residence knowing that I would only be asked the following two questions as he turned to the signature page: 1) It’s not my house, is it?; and 2) Do you swear this is the truth?  Even then, the steps it took to get authorization for a search were considered cumbersome (as they should be).

Nowadays things are a bit different.  Absent exigent circumstances, police are oftentimes required to send search warrants for review and/or set appointments with prosecutors and judges.  And, due to advances in technology and the law, search warrant affidavits have become much lengthier.  However, these technological advances have also helped law enforcement become more efficient with this process; a point not missed by the majority in Riley v. California.  Some jurisdictions have even enabled completely electronic review/filing services for their legal processes (e.g. court orders, search warrants, subpoenas, etc). In these jurisdictions warrants can be sent/reviewed/signed electronically thereby allowing for authorization to occur in minutes instead of hours or days.  In this light one can see the double-edged sword that is technology.  Technology makes us more efficient, yet over time adds layers of requirement; technology allows us to store more data, yet can limit our access to this data (e.g., encryption, cloud computing); technology makes life more convenient, yet this convenience can lead to apathy and requires us to store immense amounts of accessible personal data.

Over the years I have seen many legal and technological Y2K (end of the world) moments in policing.  These include Miranda (limiting police interviews), Gant (limiting police searches of vehicles), Encryption (limiting access to data), and cloud computing (limiting venue authority or access to local data) that, at their time, were all seen as being immediately and severely detrimental to the continued effectiveness of the police.  I see the Riley decision as another Y2K moment.  Prior to Riley law enforcement officers enjoyed the benefit of timely access to an arrestee’s cell phone ESI.  Now, the Court has limited that access to protect our individual right to privacy.  We will never know the extent to which this decision inhibits justice or jeopardizes public safety, but we do know that the Court is working in our favor by protecting our individual right to privacy in our persons, places, and effects.  Hopefully the decision will push a greater portion of the criminal justice system further into the 21st century.  As with Y2K, Miranda, Gant, Encryption, and Cloud Computing, the Riley decision will not stop police from enforcing the law.  Law enforcement will adapt and will continue to make the best possible cases within the right-protecting restrictions imposed……and the world will still turn.

What do you think?

Who do you trust your digital evidence to? 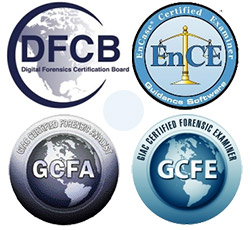 
Review and Validation of Opposing Party Findings or Accusations 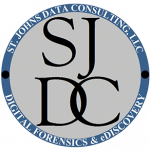 Digital Forensic, eDiscovery and General Technology Analogies for the Courtroom

The purpose of this page is to generate and maintain a resource for digital forensic and eDiscovery practitioners, lawyers and legal professionals, and anyone generally looking to understand and/or explain (by way of analogy) some of the technology concepts that may...

Very interesting caselaw in the works.  Looking forward to seeing the outcome. https://nyti.ms/2sJ1T6S